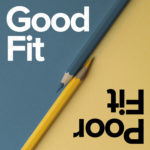 In this episode, Kati discusses a bathroom with universal accessibility that has similar features to one designed by an interior design student, Brooke Thabit who worked on a project for us in Summer 2018.

[00:00:27] Hey everyone, it’s Kati and welcome to episode #13. In today’s episode, I’m going to be sharing about how the design of a bathroom impacts how people are able to get ready for big events such as a graduation. This will help you understand how individual needs and the design of the environment result in either a good fit or a poor fit. It’s the little things that make a big difference.

[00:00:54] So I’m about a month and a half away from graduating from OT school and since the COVID19 outbreak and the stay-at-home mandate, I’ve been at home, finishing up my DEC and taking this time to really reflect on my three-year journey as an OTD student.

[00:01:11] And during my reflection, I remembered a fieldwork experience that really had an impact on me. So I’d like to share that with you today because it actually fits nicely with our topic of bathroom design.

[00:01:24] So let me go ahead and fill you in on this memory. So at the time, I was a first-year OT student on my very first level one fieldwork experience. I was at a facility called Wilson Workforce Rehabilitation Center in Fishersville, Virginia. And for those of you who might not know, Wilson Workforce is a vocational rehab center for young adults with mental and physical disabilities who want to gain skills for employment or just independent living skills in general.

[00:02:16] They’re able to go to the cafeteria and order food and that way they can learn money management. And some students even have the opportunity to work in the cafeteria or work in the mechanic shop or the flower shop so that they can gain these real-life work experiences. So it was really cool to see them gain the social skills and the technical skills that they’ll need,  in order to gain employment out in the real world after they graduate from the program at Wilson.

[00:02:43] So while I was there, I had the opportunity to work with a teenage girl who had cerebral palsy and her name was Sam. And Sam and I really hit it off because she was just so cool and her personality was really vibrant even though she was living with a pretty profound disability.

[00:03:00] But Sam used a power wheelchair to get around campus. She was pretty independent with her self-care. She really just needed someone there to help set things up for her, get things down that she needed. She communicated using her iPad because it was pretty hard for her to coordinate her mouth muscles to produce speech, but she was still able to talk she just needed that extra time to really articulate what she was going to say. So, it was a lot easier for her to just type on the iPad what she would like to say.

[00:03:32] And so she was at Wilson because she wanted to really fine-tune her cooking skills and her kitchen skills so that she could be more independent at home. And she also wanted to practice doing her own hair and makeup with more independence.

[00:03:45] So that was a really important goal for her because she wanted to look and feel her best for the graduation that was coming up at Wilson Workforce. Her whole family was going to be there, and it’s a pretty big deal for these kids to finally graduate from a program and learn all the skills that they need to be successful adults. So she was really looking forward to it and she really wanted to look her best.

[00:04:07] So the first session I had with her was a full ADL session. ADL stands for activities of daily living, and that includes things like getting dressed and undressed, taking a shower, grooming,  toileting and stuff like that. So Sam really wanted to take a shower that day. So, the room that Sam was staying in on-campus had a really, really large bathroom with a roll-in shower, which made it super easy for anyone to use but especially Sam, since she was using a power wheelchair.

[00:05:04] She really only needed assistance with squeezing the shampoo, conditioner and body wash bottles because she didn’t have the best control over her hands and finger muscles. So that’s what I helped her with while I was there. But once she got the soap, she was able to wash her own body and wash her own hair and then rinse herself off after, and then she was able to dry off and once she was dry, she just rolled right out of the shower and then transferred back onto her bed so that she could get dressed while laying down because that was the easiest method for her. So although it did take a long time for her to shower and to finish her routine of getting dressed, it went pretty smoothly overall. She really didn’t need that much assistance.

[00:05:46] So then I asked her how she usually does her shower at home and if it was similar to the way she did it at Wilson. And she said that her parents’ house actually does not have a roll in or a walk-in shower, that they only had a tub shower. So taking showers was completely different. It was a lot less comfortable and a little bit more dangerous because she didn’t have a supportive shower wheelchair.

[00:06:09] She had to sit on a tub bench and use the shower wall for trunk support and leaning up against the shower wall made it so that she was pretty far away from the handheld showerhead. So her parents would have to be in the bathroom with her so that they could get down the handheld shower head for her so she could do her rinsing. So she was a little less independent in her house and she relied a lot more on her parents for help. And I remember her telling me that she wished that she had a bathroom like the one at Wilson at home.

[00:06:42] So in addition to the big bathroom with a roll-in shower, Wilson Workforce also has roll-under sinks and full length mirrors behind the sinks so that wheelchair users can roll right under the sink and be able to access the faucets. And they’re also able to see themselves because the mirrors come down low enough. So this is really helpful when they’re completing their self-care tasks, like brushing their teeth and combing their hair and applying makeup.

[00:07:09] And a lot of homes, like Sam’s parents’ home, there’s cabinetry under the sink, which makes it pretty impossible for her to roll under the sink and access the faucet. So she said that when she’s at home, she doesn’t even attempt to do her hair or makeup because there’s no way for her to face that mirror that’s above the sink because she can’t roll under the sink. So her parents tried to get her a little compact mirror that she could sit on the ledge, but it just didn’t work out. I guess the mirror was a little too low and it wasn’t really at the right angle for her to be able to see well and if the compact mirror was sitting on the sink, there really wasn’t any other room on the sink surface for her to like put her makeup on. So overall, it just wasn’t working, like things were falling off the counter and it just wasn’t big enough at our parents’ house.

[00:07:59] But at Wilson there was enough space for her to lay out all of her makeup on the counter.  She was able to roll under the sink and look at herself in the mirror that was behind the sink. And so the way that that bathroom was designed just helped her feel more confident in learning how to do her makeup.

[00:08:17] And because she was more confident in that space, she was able to meet her goal of learning how to do her hair and makeup and that just really brightened up her confidence and she was so excited to attend graduation.

[00:08:29] And as a first-year student, I was super excited to have helped her problem solve that and meet that goal. But in the back of my mind, I couldn’t help but feel sad that once she graduated from Wilson, she would be going right back to the home environment that wasn’t a perfect fit for her before, but we are able to talk through some of those barriers that she would have been facing after graduation.  I’m hopeful that some of the things we talked about would be implemented at home, so she would feel more comfortable doing makeup on a regular basis.

[00:08:59] So I just wanted to share that story with you because there are a lot of times when people want to look and feel their best for a big moment in their life, such as graduation, and the bathroom just isn’t set up for that success.

[00:09:14] And the bathroom is where most people get ready and get showered and get dressed and do their hair and makeup. And if the design of the bathroom doesn’t support those meaningful activities, it can have a huge impact on someone’s self-confidence and their overall mental health. So, I mean, it would be incredible if all bathrooms were designed to include roll-in showers and roll-under sinks and full-length mirrors because those features are the ones that enable people to complete, you know, their self-care tasks so that they can feel and look their best for any kind of event, whether it be graduation or high school prom or a party or whatever they have going on in life.

[00:09:52] So that’s my story about Sam and that experience has just really stuck with me even years later I think about her and I hope she’s doing well, and I’m sure she is, but I just wanted to share that with you because it really fits nicely with our topic of how the bathroom is designed because a lot of people’s bathrooms do not accommodate them well,  especially if they have a disability that they live with. So just making sure that bathrooms are designed with ample space, a roll-in shower, roll under sinks, backing in the walls to install grab bars if needed. Those are all things that need to be considered before bathrooms are built.

[00:10:30]  I’m glad I was able to share that with you guys. I hope you found that story interesting and be sure to look out for more episodes like this in the future. Thanks. Have a good day.